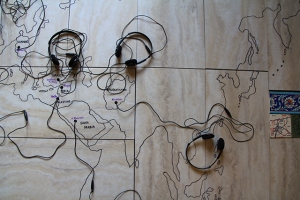 As a media artist, my works typically circumvent the art market, and generally don’t require gallery walls. My works tend to be transitory experiences, rather than material objects; in this sense, they are difficult to see, let alone purchase. Informed by cinema, I work through a variety of processes, technologies, and materials as needed to create artworks that engage socio-political realities and that take the form of videos, photographs, documentaries, installations, performances, sculptures, web and mobile applications. Working with a DIY (do-it-yourself) ethos, my way of working often involves spending time in a space, observing, interacting, and sharing. I then document that spatial experience with film, photography, video, and/ or sound and that material is usually the genesis of my projects that later involve much time on a computer doing post-production. Hand-drawn maps, and mapping workshops have also become central to my experimental approach to geography as a way to visualize some of the more hidden aspects of our complex relationships to space such as experiential knowledge, mnemonic, psycho, social and economic relationships to space.

I come from a multi-ethnic background with ancestral trajectories from the Middle East to Brazil to Europe and now Canada. More and more, our society is composed of new generations of people that can say that they come from five different places. My son, for instance, already has three nationalities: Mexican, Canadian, and French. Understanding the complexities of place, belonging, and identity is how I have come to artistically explore our bodies as interfaces for our experiences of the world and how space-time is engraved on our bodies and in our psyches. That’s why my artistic project explores the subjectivities of our positions and conditions in time and space through the body with experimental mapping strategies that presuppose an understanding that space is not neutral based on our class, gender, ethnicity, etc.

Like the many media artists working in the world, I don’t have this beautiful space I can go to everyday to work, although I often fantasize about it. In the past, I have done artist residencies where I have had the opportunity to work intensely in a studio context to build, construct, physical parts of a sculpture or installation and/ or to work on the computer to complete the post-production for a project in a condensed period of time. In this sense, I have had a studio practice in Sao Paulo, Salvador, Toronto, Vancouver, Banff, Amman, and Paris, in no particular order. Considering the studio as a site of inspiration, archives, and work, I also think of the world and my computer as a studio. So really, that can be anywhere. Now with my one year old son, I work at home a lot. 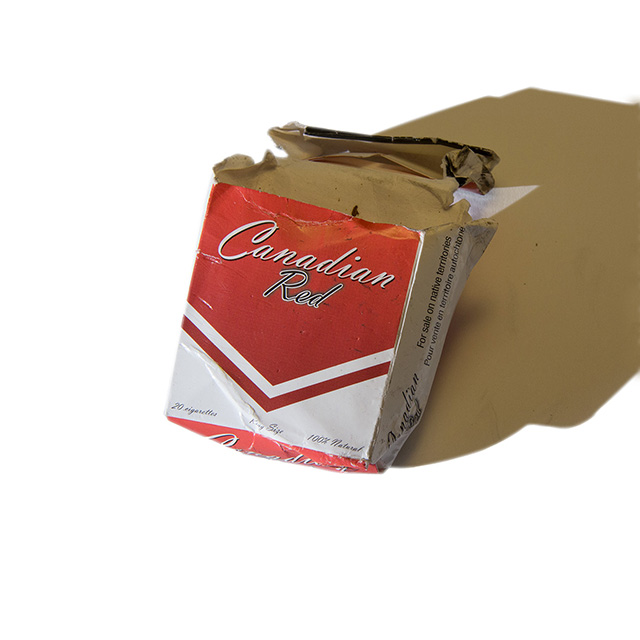 Talking, project managing, writing, documenting, organizing, shipping, promoting… Each project is different and undergoes a unique process so I am always learning new things, new techniques, new people, new ideas, new materials. One of the most amazing and inspiring things about the work I do and my approach to research and creation is being in the world, “in the field”, and meeting people from all walks of life and learning about life and the world through their eyes. I love the role of always learning and engaging with the world and all of its chaos and complexities.

Right now, I feel there is a before and after I had my son, in terms of art production and ways of working. Don’t get me wrong, having my son has been tremendously inspiring. In terms of time, before, I could work compulsively on a project day and night until I felt it was done or at least until I was ready to let go of it. Now I find, I definitely work when time allows. 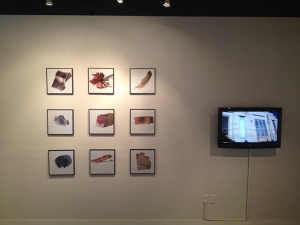 A lot of my ideas are the same in terms of carrying out mostly slow, research based projects that evolve over a period of time on themes related to space, the human trajectory, borders, socio and psycho geographies, and a deep passion for cinema. Of course, we are in constant flux and transformation as is the world around us. There is a dynamic response to these two things that is reflected in the work over a period of time.

The values and the way I see the world come from my family and I am forever grateful for all the teachings that I have received from them. Because of my family, I have come to learn and understand my place in the world, as a daughter, granddaughter, sister, cousin, niece, mother, student, teacher, wife, friend, partner, artist, academic, activist, worker. I am also a cinephile, which has shaped the way I see the world. Third Cinema, Fourth Cinema, feminist DIY film and video, experimental / art house film and video, Direct Cinema, and autobiographical film have all been highly influential and inspirational sources. As a PhD student, of course, literature and philosophy are and have been important in my intellectual development, but reflecting on my most profound learning experiences, they were almost all experiential and many were teachings from my family, especially my grandmother.

Doing a PhD has pulled me into an academic context, so it’s interesting to be an artist in and outside of academia. My interests as an artist and researcher are intertwined. It’s all about my passion for film as a medium with the power to reflect plural histories, cultures, geographies, worldviews, cosmologies, narratives, aesthetics, emotions, ethics and justice. Knowledge is interdisciplinary, relational, collaborative, and interdependent on the universal web that connects us all. So although I have other interests in geography, politics, the natural world, Indigenous film and video, Latin American film history, feminism, yoga, soccer, island culture, hammock culture, technology, cognitive philosophy, and Middle Eastern cuisine, to name a few of my other interests, it’s all related and connected. In fact, I am rather disinterested by the contemporary artworld and its exclusive, elitist, policing, gatekeeping policies that often disconnect people from their creativity and ways of knowing.

Sarah Shamash is a Vancouver based media artist and PhD candidate at the University of British Columbia. She teaches film, art, and digital design and has worked programming films and videos. She studied film and media arts at Paris 8, in France completing Master’s degrees in Film and in Media Arts. Since the 2000’s, she has been exhibiting her work in art venues and film festivals while pursuing her creative production at international artist residencies including Vancouver, Toronto, Banff, Salvador, Sao Paulo, and Amman. Informed by cinema, her interdisciplinary art practice engages the body, social and psycho geographies through experimental mapping strategies that convey experiential knowledge. 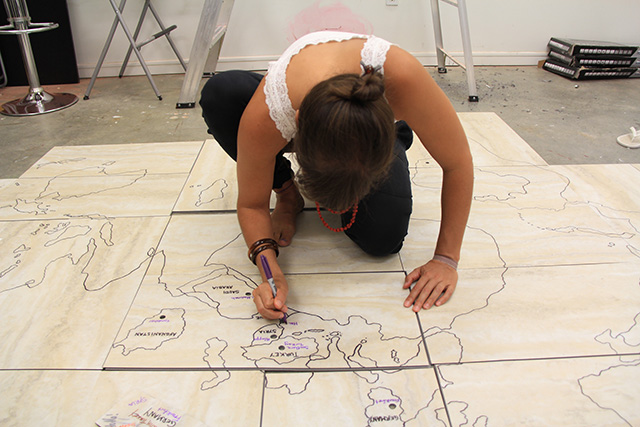 The purpose of this project is to introduce its readership to a diverse collection of art that is being produced at the national and international level. Our goal is to engage the public with information regarding a wide array of creative processes, and present the successes and failures that artists face from day to day. The collaborators hope that this project will become a source for exploring and experiencing contemporary art in all its forms.
View all posts by 365Artists/365Days →
This entry was posted in Drawing and tagged cinema, documentary, experimental geography, Hand-drawn maps, Vancouver. Bookmark the permalink.