I make large wall based sculptures addressing concerns of landscape and environment. They exist somewhere between abstraction and realism. The work is created from widely available materials such as plywood, 2x4s and cardboard. The works reference archetypal moments within the landscape and architectural spaces, asking the viewer to examine personal and collective histories as well as their own place in time.

I grew up in Illinois, so the midwestern environment has had a huge influence on my aesthetics. I want to capture the vastness of the American landscape and the effect that human development has had on this environment. I can remember seeing the south side of Chicago in the early 90’s from the window of the car as we traveled through the city and being fascinated with the decay of the region. At the time it possessed a great visual appeal to me, but I really had no idea about the cultural forces at work. I tend to be very observant of my surroundings, and as I matured I became very interested in landscape as a vehicle for documenting social and political change. My initial fascination with the textures and forms of decayed barns and derelict factories became an awareness and interest in the circumstances that resulted in these ruined landscapes and by extension the economic and social upheaval. In a way I see my work as political, but not in an overt way.

In a lot of ways I still maintain a pretty traditional notion of what constitutes a “studio practice.” I go into my studio and make things. It sounds simplistic, but I think that’s what keeps me returning to what I do. It’s an escape, a way of just immersing myself in material and process. For me, the act of making is also a way of thinking and a way of communicating, so that really becomes one of the driving motivators in my studio.

My quick answer is self-promoter. But the more complex answer would be that as an artist you have to be an entrepreneur. You end up playing a lot of different roles, everything from artist, to promoter, to janitor. I think we all go in naïve about what it takes to be an artist, and we have that moment where reality and expectation collide. Recently I have added the role of collaborator to the mix. I have a few side projects I work on with friends and colleagues. It’s a new approach for me, but it allows for larger and more complex projects or work with new materials that I would never approach on my own.

I generally try to set aside large blocks of studio time, usually Saturday I spend the entire day in the studio, and then fit in more time between my teaching responsibilities the rest of the week. I’ve tried to fit in smaller working sessions, but I find that it takes me time to really get into work mode. I try to get all the other stuff done throughout the day, sending out images, writing, and things like that. I just started the summer season, so I have much more time to focus on my work, and minimal responsibilities at the University, so summer tends to be a really productive time for me. I’m spending a few weeks in June at Brush Creek Center for the Arts in Wyoming, which is going to be really great. Nice to get out of Vegas and spend time focusing on my work with fewer distractions. 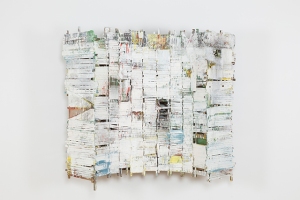 Digital tools have had a huge impact on my work over the past 5 years. I came of age at a really unique time. Being born in the early 80s meant that I saw the emergence of the Internet and the transformation of culture to an almost entirely digital framework. My cohort, more than any other, came of age as the Internet matured. Initially I saw my work as a hedge against these developments. I learned ceramics, woodworking, welding, these really traditional and “analog” technologies, and for a long time I resisted the application of any digital methodologies into my process. But after seeing how other artists integrated digital technologies into their work in either a seamless way or used it to advance their own conceptual or visual agenda it really made sense. My work remains focused on the landscape, and I still use it as a vehicle for exploring ideas regardless of the material or technique involved.

Despite being a Sculptor I count a lot of photographers among my influences. The WPA photographers, Walker Evans, Dorthea Lange, etc. all had a big impact on my work. I have been very fortunate to have the support of my family and several very beneficial mentors over the course of my career.

Not in many years. I really wanted to be an architect as a child, until I spent a day working with one, and realized that it was so boring! I still count architects among my major influences, Frank Lloyd Wright of course, but also a lot of the mid- century architects who built on his work. Architects like John Lautner and Paul Williams. Architecture has been a huge influence on my work and personal fascination for me though. But I really can’t see myself doing much else other than making art and teaching. At the end of the day there is still a lot of freedom to be had as an artist.

Dave Rowe received his BFA from the University of Illinois at Urbana Champaign and his MFA from Indiana University Bloomington. He has shown nationally, and his work was included in the national survey show “Crafting a Continuum” at Arizona State University. He is a 2011 recipient of an Efroymson Contemporary Arts Fellowship. In summer 2015 he willl be in residence at Brush Creek Center for the Arts.

From 2010-2013 he ran the 3D Foundations Program at Indiana University Bloomington. He is currently an Assistant Professor and Area Head of Sculptural Practices and 3D Foundations at the University of Nevada- Las Vegas. 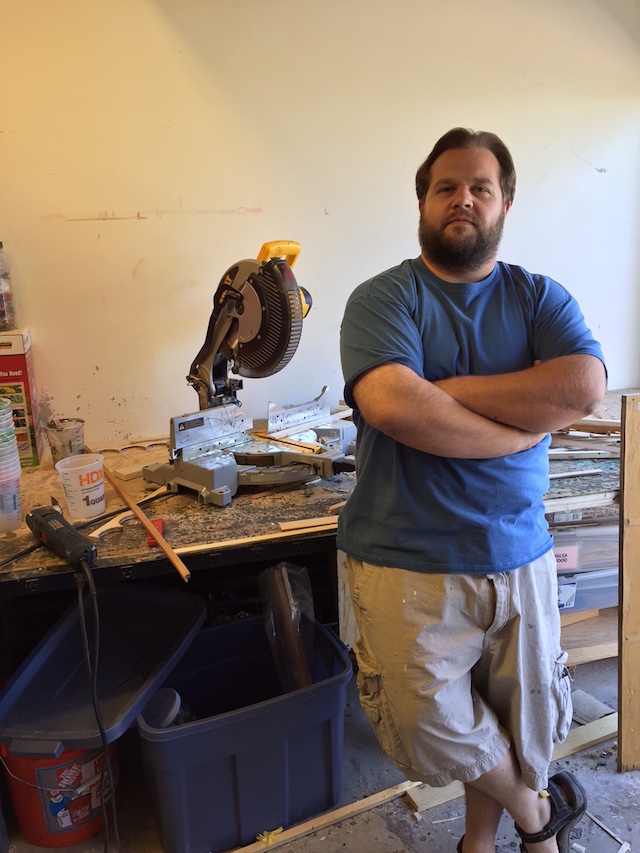 The purpose of this project is to introduce its readership to a diverse collection of art that is being produced at the national and international level. Our goal is to engage the public with information regarding a wide array of creative processes, and present the successes and failures that artists face from day to day. The collaborators hope that this project will become a source for exploring and experiencing contemporary art in all its forms.
View all posts by 365Artists/365Days →
This entry was posted in Sculpture and tagged architecture, landscape, Midwest, sculpture, wood. Bookmark the permalink.