I’m interested in the creation and development of ideological organizations that act as conceptual contexts for projects and large bodies of work. For the past 3 years I’ve been working on a project called Minimalism Elite which uses the aesthetics of early minimalism.

I grew up in the Pocono’s, a confusing sprawl of suburban developments, bigoted redneck’s, Appalachian hikers, abandoned resort communities and jazz. When I was a teenager I had a job on the weekends selling cheap factory-line landscape paintings to vacationing honeymooner’s at one of the largest resorts, Mount Airy Lodge. My boss, sporting a blue pastel suit, gold rings and a slicked back pompadour would set up a small amp and microphone and, with a thick New York accent, sell artworks like a barker at the circus. I learned that most of the art buying public is only interested in decorating their walls.

I generally do most of my conceptual planning outside of the studio, usually while driving on long country roads or standing in the shower. The initial idea occurs quickly and then I spend a short period of time narrowing down the material parameters and refining the ideas before working out any technical details. At this point I only need a workshop and a place to build or paint. This could be on my back porch or on my dining room table. I have a studio but I use it mainly for storage.

Being a salesman. I always said that I didn’t want to hawk goods for a living, especially not my own.

I’ve moved away from making political work and into using a more formalist language. I still approach my work in the same way and employ the same aesthetics but I’ve shifted my concerns slightly. I don’t believe that art should be limited by linear timelines so I’ll most likely return back to making political work at some point. 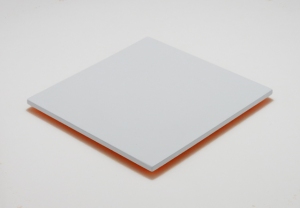 My grandfather was a painter and as a child I used to accompany him at local art fairs. I never saw him sell a painting and he died with over 700 paintings unsold in his house. This made me realize that being an unsuccessful artist means making and accumulating a lot of objects that have nowhere to go. With that being said, Mike Kelley and Thomas Eakins were the only artists that I really respected.

No, I’ve always wanted to be an artist. I often fantasize about being a writer or a filmmaker but I don’t have either the time or the patience to pursue another artistic career. 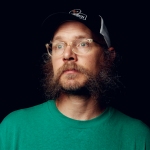 Brian Higbee was born and raised in the mountains of Pennsylvania. He is the founder of the Associated Artists for Propaganda Research, Minimalism Elite, Future Living Projects and The Lost Estate of Ed “Johnson” Shepard. He has exhibited at Hallwalls Contemporary Arts Center, PS 122, Rotunda Gallery, Here Art, ABC No Rio and the Islip Art Museum. He is also the recipient of 2 grants from the Puffin Foundation. He holds a BFA from Indiana University of Pennsylvania and received his MFA from CW Post/Long Island University in 2000. He lives and works in Highland, NY. 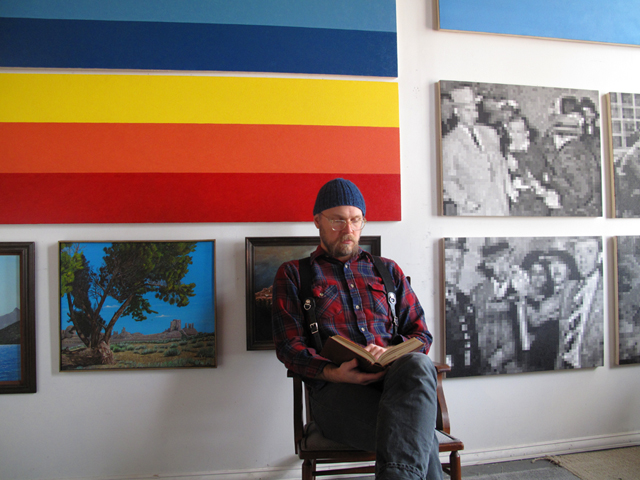 The purpose of this project is to introduce its readership to a diverse collection of art that is being produced at the national and international level. Our goal is to engage the public with information regarding a wide array of creative processes, and present the successes and failures that artists face from day to day. The collaborators hope that this project will become a source for exploring and experiencing contemporary art in all its forms.
View all posts by 365Artists/365Days →
This entry was posted in Conceptual Art, Sculpture and tagged conceptual, Hudson Valley, Painting, sculpture. Bookmark the permalink.