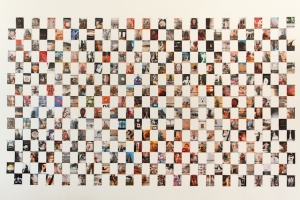 I make work because I find the creative reorganization of culturally relevant ideas to be an effective way in which to reveal and interrogate the assumptions often held by myself and those around me. Under the scope of this broader agenda, my recent work has dealt with narrative, technology, and the limits of public space by undertaking seemingly banal rituals, initiating performative encounters, incorporating subversively dark humor, and creating opportunities for small moments of meaningful interaction. The last part, creating small meaningful moments of interaction, is what I think most of my work boils down to. The focus and process towards that end changes depending on my current interests – ranging from your basic Snapchat emission to searching for a meaningful existence in a precarious, late capitalist society – and tries to create jolting moments of reflection based on my perceptions while trying to maintain an understanding of my own limits, privileges and biases and how those elements affect the work I can make.

While I was born in New York, I grew up and went to college in Chapel Hill, NC. I am the oldest of four siblings, whom I am very close to, and our mom, a single parent and pediatric nurse, raised us. Learning about some of the financial difficulties we faced while growing up in a fairly affluent college town where most of the other white people were from comfortable backgrounds has led to socioeconomic disparity reoccurring as a theme in my work. While this theme is not always literally a focus point, it has led me to explore and question the assumed performative and structural languages that ground members of some classes and not others – e.g. the typical narrative film language, racial and gender privileges or access to technology that is only seemingly possessed by everyone, to name a few. 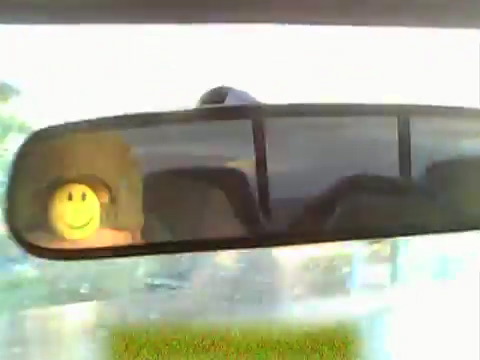 For me the practice of ‘being in the studio’ is something that fluctuates; I do not always have a dedicated studio space, yet I always have a dedicated practice. When I have a studio, I tend to collect things/junk in order to store them and experiment with them as props for a video or pieces for an installation. When I do not have a physical space, my studio exists in a series of folders on my computer made up of links and readings, video files and photos, an archive of old/long-term projects and lists of things to do. While this lack of consistency does not mesh with the traditional ideas of being a studio artist, I like to take the Kaprowian concept of bringing art and life together as a studio methodology for my practice. I like to think that my body, and its everyday interactions and movements, have me in the studio almost all the time.

Well, my first creative interest was perhaps music, but my primary pursuit prior to art was theatrical lighting design. Due to this, when I first started making art, I didn’t fully acknowledge or realize that what I was doing was art. I now have a broader definition of what art can be (for myself at least) than I did when I first started, so making work from the situation of an individual, and outside of a specifically collaborative context is a role I did not imagine myself inhabiting when I first set out on a creative path.

I have a pretty erratic schedule. I am a freelance projection/lighting designer and technician by trade. This means some weeks I get ‘off’ and others I am preoccupied with work that pays my bills non-stop. This lack of consistency in schedule is sometimes a dream and sometimes just plain annoying. So, while I cannot set aside time everyday, in return I occasionally get to set aside all day for my artwork. Plus, I find working in the more collaborative arts very generative for the more individualistic part of my practice, and vice versa; this means that I can be said to be ‘working’ even when I’m not making things for a dedicated project. That being said, my focus is at its best in the morning, and some of my oddest and maybe more interesting ideas reveal themselves late into sleep-deprived nights, whether at tech rehearsal or during a video editing binge. 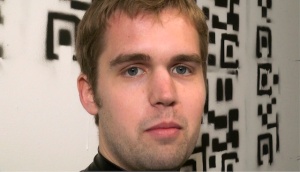 ‘What You Want, What You expect’
Video, QR code stickers that launch video (2 minutes)
2014
video: https://youtu.be/blB_wW4BbRI

Five years ago, I was pretty into trying on different hats. I thought I was solely a lighting designer, or perhaps a video artist – no wait, a performance artist… now, I am more comfortable embracing the title and practice of inter/multidisciplinary artist, which coincidently is what remains the same in the sense that I have always worked in multivalent channels. Still, the clarity and acceptance of this has strengthened my work, instead of it being an unproductive, stressful facet. I also think my work has gotten generally ‘better’, neater and a little bit more personal over the past five years, and I hope the same will be true for the next five.

Of course they have! I do not believe in the archaic idea of the lone genius artist one bit. I do, however, think there are passionate people who happen to have friends, and if they are lucky that expands into community. I will not spend a lot of time spewing off a large list of influences (although I am grateful to them), but I want to give a special shout out to my family and friends who support and motivate me to, well, work on my work.

I am pulled in many directions all the time. I consider my interest and experience in theater to be part of what makes me an artist, but I understand that some people see that as another direction separate from ‘being an artist.’ I also am very interested in the goings on in the news, and work as co-coordinator of an experimental audio documentary show called WXYC-reports (find our station at www.wxyc.org). So, to not avoid answering the question of another pursuit I have been pulled towards, I would say journalism – but once again, I also consider that art in many circumstances. I also enjoy biking, cooking (especially seafood), and I also play guitar in a ghost-folk band called ‘Swee-T and The HushPuppies.’

Joseph Amodei is a video/performance/installation artist and theatrical designer living and working in Chapel Hill, North Carolina. His work often explores themes of technology, ritual, public space and language – with the ever-present aim of (re)contextualizing the present in order to provoke thought about the under and overlooked. Joseph received his BFA in studio art from The University of North Carolina at Chapel Hill. 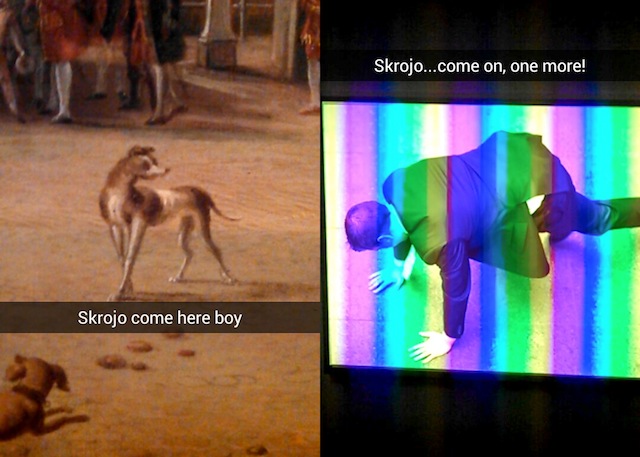 The purpose of this project is to introduce its readership to a diverse collection of art that is being produced at the national and international level. Our goal is to engage the public with information regarding a wide array of creative processes, and present the successes and failures that artists face from day to day. The collaborators hope that this project will become a source for exploring and experiencing contemporary art in all its forms.
View all posts by 365Artists/365Days →
This entry was posted in New Media, Performance and tagged Chapel Hill, interdisciplinary art, Multidisciplinary art, NC, new media, Performance. Bookmark the permalink.