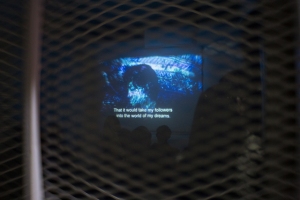 Currently, I create otherworldly scenes grounded in reality. I strive to instill the fear of the unknown (in subtle ways) to audiences through my medium of experimental cinema.

I first enrolled in university as an art student as it was always a goal growing up. However, receiving an “F” for the first art course of my college career was not exactly what I had in mind.  This first negative experience as a freshman led me to believe that all the art courses were difficult and caused me to switch my concentration to Film instead since it was another interest of mine. Being in film production for about two years, which is a highly structured and repetitive process, left my creativity wanting more. I then took up a minor in the visual arts (video and photo aesthetics to be specific) and from there I was able to combine my film production skills with my freedom of expressions to form what my art is today.

I don’t have a traditional studio by any means. Being that my medium isn’t tied down to anything and the subject matter can range from anything in life to life itself, I can make art just about anywhere. I do however, frequent coffee shops or anywhere busy that I can people watch to work on pre-production and get my ideas on paper. Production is sometimes shot in a light studio if the film calls for the space. For the last third of the filmmaking art form: editing, I usually piece it all together in the privacy of my room during the late hours of the nights to the early mornings.

I have found myself acting in my own work, oddly. I was always a shy boy growing up and kept mostly to myself. I would have never imagined I’d be in front of the camera haha. Alas, I found myself in a position in which only I could play the role as it was a personal film. Experimental films, I feel, are very personal and contradicts the teamwork of traditional filmmaking since its difficult to get your vision across to others when your ideas themselves aren’t very structured nor set in stone. And its highly possible that this is what drew me to making experimental films without knowing it existed in the first place.

The best time to make art is when life gives you the emotions. There’s no doubt in my mind that the raw emotions we struggle through will fuel our best work.  However now a days, I feel like I can only make art when time allows. Unfortunately, my art does not make money in any shape or form to support myself. I’ve been working more to pay the bills rather than expressing myself as an artist. Its been quite the juggle.

Contradicting what I said earlier about experimental film being unstructured, I feel my work has become more and more structured as I go along. This isn’t necessarily a fault as I am still trying to find the balance between a narrative and non-narrative film. I don’t think my work has been the same, I hope it hasn’t been. I want my work to always be growing, reflecting on my experiences as I grow old as an artist. My art has been changing through the years I feel, though at a slow pace.

I am influenced by many filmmakers but thats nothing new to be stated here. I will mention a friend, however. Back when I was still fresh to experimenting with filmmaking, I had a friend who pushed me in the direction I am now. All he asked was something vaguely along the lines of  “What do you want to show the world with your films?”.  It was a simple sentence but that was enough to influence many ideas and a mantra I continue to use for every film I make.

Teaching English in Japan haha. Its not at all random if you know my obsession with Japan’s culture and cinema. 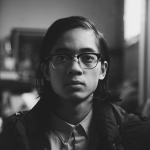 Wesley Trung Nguyễn is a filmmaker and visual artist based in Southern California. In the forthcoming years, Wesley creates narrative films with experimental natures. For the time being, he continues to build his current oeuvre of short films and bring his visual aesthetic into the world of music videos. His films have been screened and exhibited at the Vietnamese International Film Festival, Yxine Film Festival, The Bowers Museum, The Clayes Performing Arts Center, The Pico House Gallery, SOSM/Untitled Project Space and Salz-Pollak Atrium Gallery. 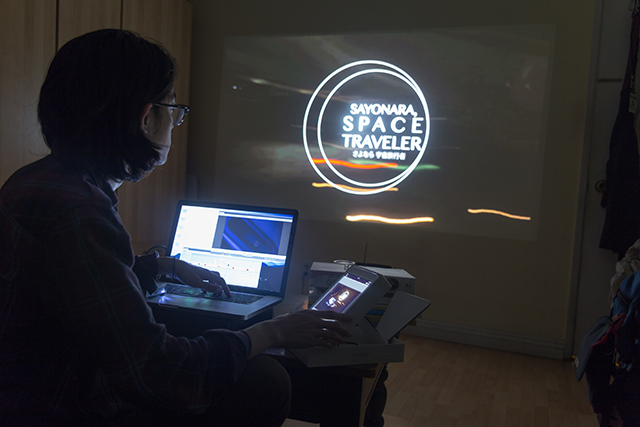 ll images copyright of the artist and used with their permission.

The purpose of this project is to introduce its readership to a diverse collection of art that is being produced at the national and international level. Our goal is to engage the public with information regarding a wide array of creative processes, and present the successes and failures that artists face from day to day. The collaborators hope that this project will become a source for exploring and experiencing contemporary art in all its forms.
View all posts by 365Artists/365Days →
This entry was posted in Video and tagged Emerging artist, experimental cinema, filmmaker, surreal, visual artist. Bookmark the permalink.