Posted on December 6, 2014 by Artdose Magazine 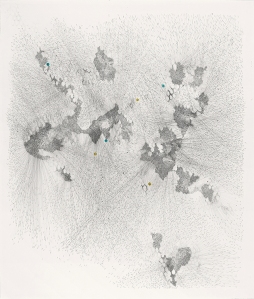 Through drawings, text and sound, my work is an investigation of the absurdity in trying to quantify an experience which cannot be. Derived from multiple instances and memories the work is an accumulation of time, labor, process, memories, marks and numbers. Each factor playing a part in its own investigation.

I was born and brought up in Kolkata( then Calcutta) , India where I lived most of my life and got my Bachelors of Commerce degree as an undergraduate. Whereupon due to an injury I spent a few years in physical rehabilitation at a clinic in Kolkata. A lot of my work is influenced by that time spent there and the people I met while in training. Also ever since I can remember I loved reading and some of my favorite characters were/are Sherlock Holmes, Feluda ( a fictional Bengali detective),  Don Quixote to name a few. And perhaps this also lends itself to my work in a strange manner.

I think the idea of the studio changes for me according to my situation. In the past year and half I have lived out of a bag and travelled to various places. I have had to constantly switch from having uninterrupted time in the studio for months to not having a studio space at all. When I do have a dedicated studio space, I must confess I am very traditional to the idea of the “artist studio”. I will be in the studio almost all of the time. It becomes what I call myinspiration cell – I space where I can be very productive and create and dream and think and also fail miserably and have no inspiration at all and I would still be there waiting for something to happen.

In times when I do not have a studio space , I think I’m in what I would call it the pre production stage. Thinking, reading, researching, taking long walks, writing, listening to music, various conversations and a lot of silence all play an important part of preparing for the next round of insane studio schedules and new work! 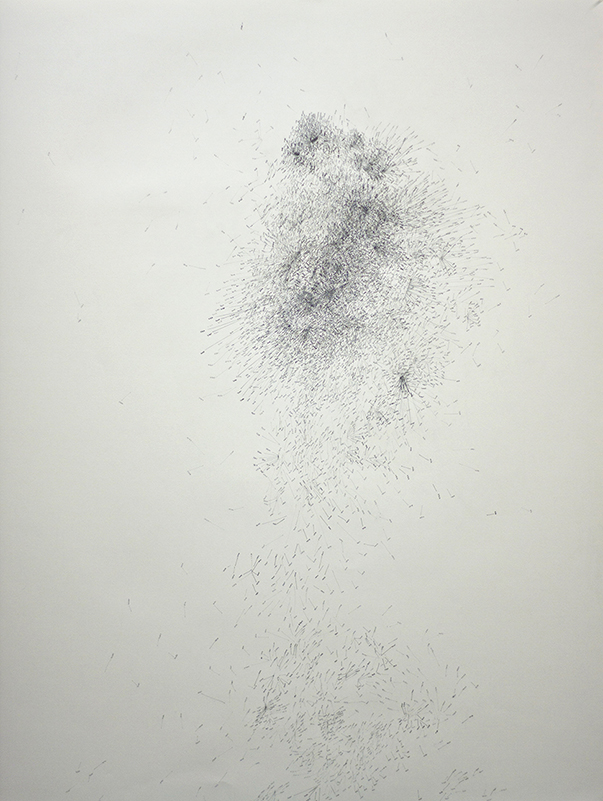 I always thought art was about being in the studio and making work. The struggle and dialog were always insular. Perhaps its the curiosity and conversation that arise from the work is something I did not envision.

I work best in the evenings/ night. Having said that, I like to start in the morning and be in the studio, though the first few hours go in preparing coffee, setting the music for the day and reading, after which I like to work non stop till late at night. I go months not making work but just reading , writing and then there are months when I am just making work. I do not have a set schedule as yet or a set location where I am based out of. So I work when I can. 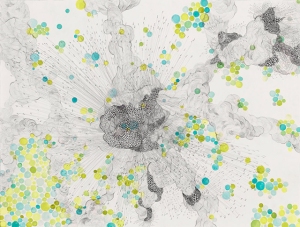 I had always been fond of drawing and painting and used to make work and dreamt of being an artist. Though that did not happen for the longest time. Five years back I went to art school for the first time and in that time I think I finally started understanding myself as an artist. I think instead of my work changing in the last five years, it has actually emerged for the first time in the last five years. I have more focus and patience. I am more confident in the work now. I am experimenting a lot more now. There is a lot more thought, research and a narrative behind what I do now. The one thing that has definitely changed has been the shift to a more minimal approach in art making.

Everything from books to people to various spaces have had an impact on my work directly or indirectly. Since my work is almost a representation of a lived experience, the memories and instances from various phases of my life has a huge impact on my work. The people I met and interacted with along the way have a big role to play in the making of the work.  I think the biggest impact on my development as an artist has been the fantastic professors I had the privilege to work with while in art school at SMFA, Boston.

I am inspired by the works of Agnes Martin , On Kawara, John Baldessari, John Cage, Vija Celmins. Also the writings of Samuel Beckett , James Joyce, and recently Virginia Woolf.

Last week it was being a Disc Jockey! I love music and used to make playlists for friends, so last week I was thinking of taking that up! Building an art library in Calcutta was the other thought this week. Though I am very happy being an artist!

Neerja Kothari is an artist currently living and working from Kolkata, India. She holds a B.Com from Calcutta University, India and a MFA from the School of the Museum of Fine Arts, Boston / Tufts University, USA. In this past year after graduation she has been awarded residencies at the Vermont Studio Center, Virginia Center for Creative Arts (VCCA) and the MacDowell Colony. Her work has also been published in the New American Paintings NE#110 journal and the Manifest International Drawing Annual INDA8. 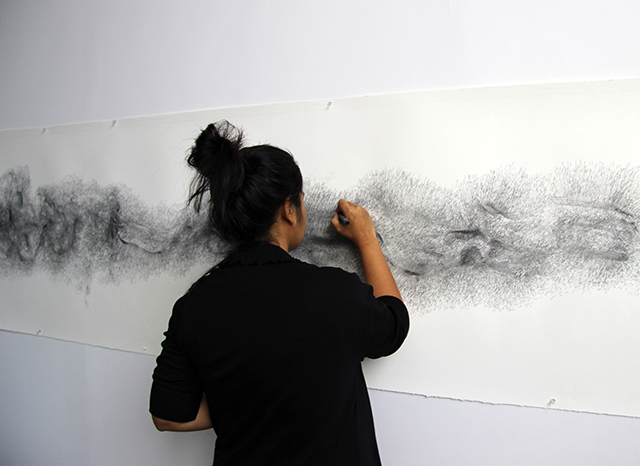 Founded in 2013, Artdose Magazine LLC is an independent print and digital art magazine committed to connecting and supporting the visual arts in the Midwest. Published by Frank Juárez, the magazine is premised on the belief that we all share common goals of introducing, engaging, and offering diverse art experiences. Artdose Magazine LLC appears in print as a bi-annual art magazine, through a weekly art e-newsletter and on Instagram and Facebook. About Frank Juárez Frank Juárez is a publisher, former gallery director, award winning art educator, artist, author, and arts advocate living and working in Sheboygan, Wisconsin. Organizing local and regional art exhibitions, community art events, facilitating presentations, supporting artists through professional development workshops, use of social media and networking has placed him in the forefront of advancing and promoting local artists and attracting regional and national artists to collaborate, network and exhibit in Wisconsin.
View all posts by Artdose Magazine →
This entry was posted in Drawing and tagged Drawing, Graphite, India, Ink, minimal, numbers. Bookmark the permalink.