Posted on October 6, 2014 by greymattergallery 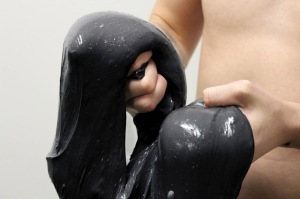 Spanning mediums, my work is concerned with systems of art making as they relate to history, technology and the politics of desire. I often employ formal and aesthetic strategies as a means of questioning our associations with previously prescribed narratives and spaces.

This is new for me to think about. I’m not sure if my personal history/background has informed my work at all, but rather, that my current experiences in the world do. A lot of my work has been concerned with the role of the artist as it relates to the process of viewing or experiencing art. As I first started interacting with the world ‘as an artist’, I immediately became infatuated with the mythology of my role as prescribed and enforced by the public.

More recently, I’ve been trying to understand my position as an artist in the world as a queer. I feel an increasing responsibility for my work to engage with that aspect of my identity, by attempting to create space for other queers to better understand how they interact with the world, or how the world interacts with them. I’ve been ‘out of the closet’ for a while in my personal life, but only recently ‘came out’ in my work.

I definitely need a studio where I currently am with my practice. It serves as a reflection of the mind in the sense that it’s a place where my abstract ideas/concerns are materialized. It would be hard for me to work at a space such as my home or job as there is so much going on. Ideas, even before they are materialized, can take up a lot of space. 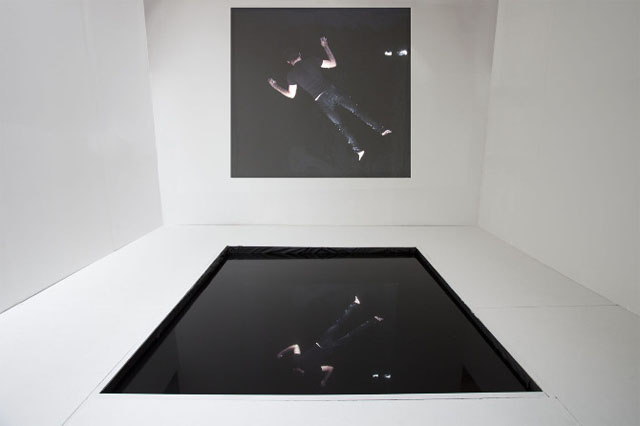 I think artists have a lot of responsibility given the history of art. I find myself constantly debating the ethics of my decisions and what or how the work is communicating. Artists are put on a platform and constantly critiqued, therefore I’ve become incredibly self-aware and the more I think about it, most of the artists that I really respect are incredibly responsive to their own actions. This is separate from ego though, as I also think in order for work to be effective, it needs to transcend the artist’s ego.

I don’t think that there is a consistent or fixed time that I am most productive or creative and if there is, I haven’t figured it out yet. I do have set times that I force myself to be in the studio, though, as there is always something to do even when work isn’t in production. Also, if I’m fully engaged with a project it’s hard for me to be social as I’m constantly thinking about it… I’ll be that person who just nods at you even though I probably have no idea what you’re saying. 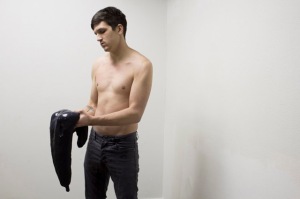 Five years ago I was only making drawings and paintings. Since then, the work has expanded into large-scale installation, video, and performance. However, I think the presence of drawing and painting, specifically the tension between the language of painting and the utilization of media, is an easily traceable to my work.

I think reading various theories and philosophy is crucial to understanding/engaging the context of contemporary art, so I’m constantly reading things. I’m particularly interested in Queer Studies and Epistemology. There’s this essay by Amelia Jones called “decorprealization” that I’ve been returning to lately. Also, a good friend just turned me onto “Queer Phenomenology” by Sara Ahmed that I think everyone should read. It’s important.

Also, I can’t forget my teachers. I’ve had some amazing teachers and mentors who have crucially impacted my work in positive ways.

I spent an unnerving amount of time thinking about this question. Unfortunately the only sincere answer I can think of is that when I was younger, I really wanted to be a pop singer. I’m a terrible singer though.

Ryan Hawk (b.1992 Houston, TX) is a visual artist, curator, and arts organizer focusing in performance, video, sculpture, and drawing. Hawk’s work has been shown in several venues throughout New York, Boston, exhibited at Chicago’s Rapid Pulse International Performance Art Festival, Select Industries at Miami Basel 2012, as well as several international performance art festivals. Most recently, he had a solo exhibition at the Art League Houston in Texas and was included in a group show at the Museum of Fine Arts in Nagoya, Japan. Ryan Hawk received his BFA from the School of the Museum of Fine Arts, Boston and is currently an MFA candidate in studio art with a focus in Transmedia at the University of Texas, Austin. 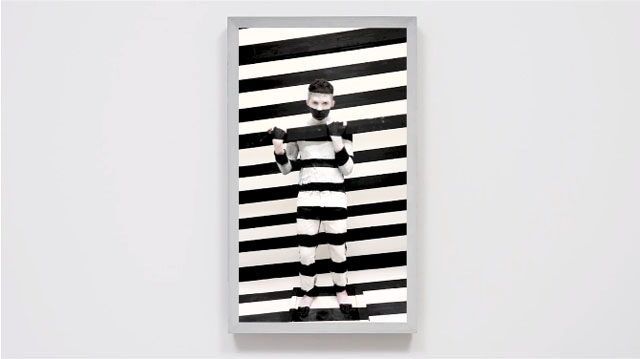