Posted on June 24, 2014 by greymattergallery 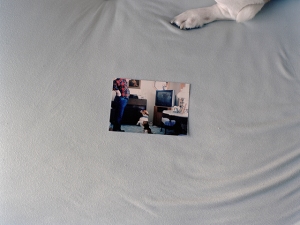 I’m primarily a photographer but I’ve started making short films over the past couple of years. A bulk of the work I make is centered around my family and personal experiences but I use that material as a way to investigate our relationship and attachment to photographs. I like to think that my work hovers somewhere between the intimate and the analytic.

My childhood was split between Middletown, NY and Louisville, KY. Most of what I shoot is made in upstate New York and everything else seems to work in service to what I make when I’m there. My two short films, “Sacandaga” and “Everything is Here”, were both shot on the Great Sacandaga Lake in upstate New York. Growing up, I never felt like I was from a particular place since I spent my time bouncing between homes in two different states. My grandparents lived in a house right on The Sacandaga and it’s the only house that has remained a constant throughout my entire life. To me the house seems a bit like a timekeeper and I can’t help but make lots of work centered on that one place. I return there every winter and summer when I’m not teaching as a way of grounding myself. That lake specifically but even water in general have always had a huge impact on the work I make.

I just finished my first year of full-time teaching so my studio practice has been a bit irregular. The only time I spend sitting in my studio is during the editing process or when I’m reading. When I’m out and about make a lot of notes on locations I’d like to revisit with my camera or moments I want to recreate. Most of my shooting takes place on the go and happens very intuitively. I used to be really strict about how and what I shot but I’ve found that since I’ve allowed myself to be much freer I’ve had a lot more success. I usually spend a couple months shooting and collecting images before I send anything off to get processed. By the time I get things back from the lab I’ll have hundreds of images to look at. As I’m shooting, some moments will stick out but it isn’t until I look at everything together that I’m able to make decisions about what images I want to use. It’s also nice to see everything laid out so connections that may not had been initially evident start to emerge. 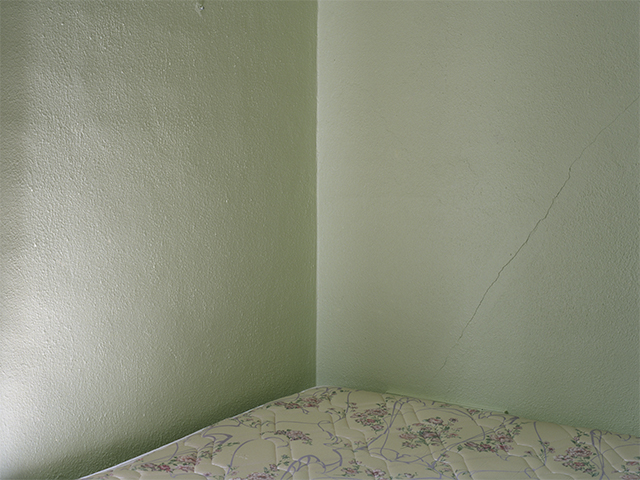 Sometimes I’m not even sure how I got to this point but I feel very lucky that I’ve managed a career that allows me the time to research and explore the things I’m interested in. When I first realized I wanted to be a photographer it was because I felt a connection to images of my own family. Growing up I always had a camera in my hand and it’s funny to look back on those old family snapshots and recognize the photos that I took as a child. There are entire stacks of photos full of belly shots and the undersides of family members chins. I never would have thought that all these years later I’d be shooting the same kinds of things just not from a slightly taller stature.

I’ve tried having set times to work in my studio but it just never works. This first year of teaching has been a major adjustment so I work when I can. The weekends are the only days that I can fully devote to my own work so I spend that time reading, researching, planning my next images or travelling to shoot. I’ve actually just made my way to New York for the summer so now I have a lot more time to spend on my own things.

Since starting grad school I’ve taught every summer at the New York State Summer School of the Arts, Media Arts program on the SUNY Oswego campus. This program, intended for gifted high school students from around the state is similarly structured to an artist residency. It was here that I started to explore filmmaking as part of my own work. It was crazy, these sixteen and seventeen year old kids were making beautiful Super8 and 16mm films. I left that first summer with a borrowed Super8 camera and a few reels of Ektachrome. Shortly after leaving the program I shot part of the first film I ever made. It was the first performative piece I had ever tried and also the first time I had even considered filming something. The people I work with there are an amazing group of artists. I feel so lucky to spend my summers working and being influenced by them.

Everyone knows that I love Biggie with all my heart. I even had a mug made with both of our faces on it. The mug started as a joke but I’m so glad I have it. If you’re in the market for such a thing, Gatlinburg Tennessee is a strange place where you can have your own face put on anything. Recently Biggie has started showing up more and more in my own work.

A close friend has suggested that as an alternative career I should be a city helper. I’m almost positive that’s not a real thing but it seems that everywhere I go strangers stop me to ask for directions. There could be a way to start profiting off that.

Originally from Middletown New York, Sarah currently lives in Murray Kentucky where she is a lecturer at Murray State University. She received a Master of Fine Arts from the University of Iowa in 2013 where she was awarded the Virgil M. Beall fellowship and the Paula Patton Grahame scholarship. She has recently exhibited at the Minneapolis Photo Center, the Janice Mason Art Museum, LUX Center for the Arts, Torpedo Factory Art Center, and the Cedar Rapids Museum of Art. She also has an upcoming solo exhibition at Sheetz Gallery in Altoona Pennsylvania this fall.