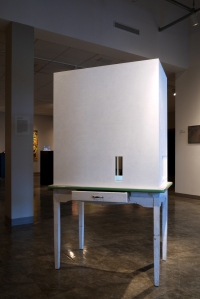 My work is based around three practices including: architectural models, interactive performance, and model railroads. My interest in models lies in their ability to represent architectural ideas and spaces in nice compact packages. This compactness has allowed me to transform them from static representations to being props in my performance pieces. Closely allied with my interest in architectural models is that of model railroads. Always considered a hobby, I recently began to realize its artistic potential and its inherent sculptural and interactive elements.

Since childhood I have been driven to create an alternate world. Whether it is with Transformers, LEGOs, or compact architectural pieces showcasing contemporary artists, they are intended to create a personal storyline to share with others. As an artist I have refined this imagery and employed new materials and techniques.

I wish I could toil away alone in my studio, but my work has led me to create complex if not convoluted pieces that rely on external forces. Each piece requires some degree of collaboration whether it’s during the production or exhibition. I enjoy creating objects, but I also enjoy presenting them. 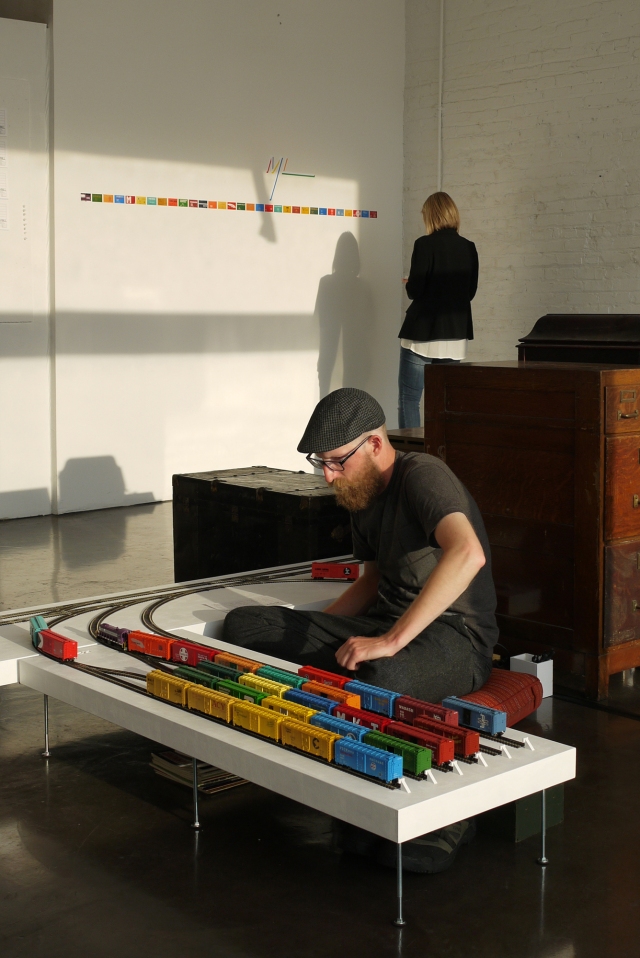 When I first started producing work after college, my work was very solitary and merely a tool for exploring the physical world. The desire to share my travels and findings eventually led to the addition of public performance. Soon I found myself emphasizing the personal stories they provide.

The process consists of three stages: development, production, and operation. I am always thinking about new projects even while driving or brushing my teeth. Most of the big ideas come when I am not working on something. Usually, I have more ideas than I know what to do with. The better/achievable ideas eventually work their way to the top. Production follows the thought process being stopped and committing to an idea. It then becomes about refining the details and simplifying the concept. Operation of each piece is more defined, with time and location already determined. They are best activated at existing art and cultural events, although impromptu performances also produce interesting results. 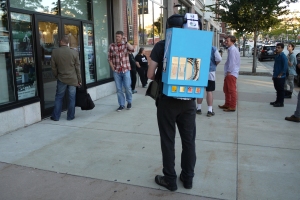 My work has incorporated the same compositional themes over the past five years including architectural motifs, simple color schemes, and asymmetrical layouts. During school I despised the simple modern aesthetic, and now I find it to be an essential tool in expressing contrast in my work. What changed are the exhibition venues, use of performance, and overall complexity. The simple white box is now mounted on a backpack and carried around rather than fixed to a wall.

Major influences on my work are books that deal with the subject of travel and expeditions. Chief among them are A Walk in the Woods by Bill Bryson and The Wild Trees: A Story of Passion and Daring by Richard Preston. Although they have nothing to do with art, they focus on the issues of micro and macro environments, mobility, and personal interaction.

I have spent several years working at a landfill testing lawnmowers, which has afforded me a considerable amount of time to ponder the motion of the sun as well as develop new projects. It also presents me with an inspiring, albeit smelly environment. 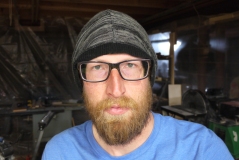 I received my Master of Architecture from UW-Milwaukee in 2007 with interest in bio-centric design. In 2009 I created The Epitecture Studio, which explores “epitecture” or “architecture that relies upon”. The emphasis is on the relationship between sculpture and its architectural context. Several key projects include: Neu Museum of Contemporary Art, Hedstrom Sculpture Park, and The Black Frame Gallery/FRAME gallery. Recently the FRAME, a mobile backpack gallery, held its first triennial that exhibited 200+ artists. Currently, I am working on a series of model railroad layouts called Mighline, which explores color and movement through train cars. 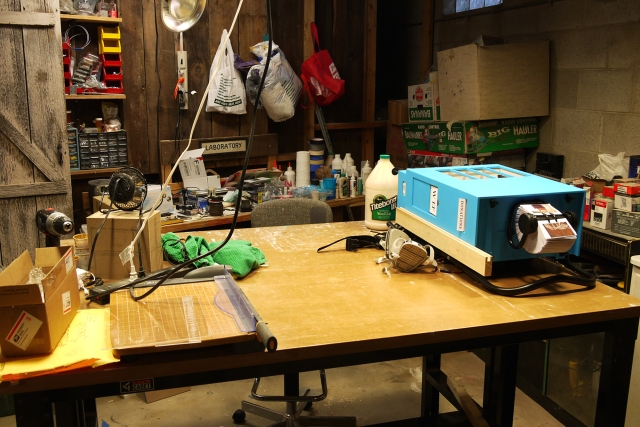 Founded in 2013, Artdose Magazine is an independent print and digital art magazine committed to connecting and supporting the visual arts in Wisconsin. Published by Frank Juárez, the magazine is premised on the belief that we all share common goals of introducing, engaging, and offering others diverse art experiences. Artdose appears in print as a bi-annual art magazine, through a weekly art e-newsletter and on Instagram and Facebook. About Frank Juárez Frank Juárez is a publisher, former gallery director, award winning art educator, artist, author, and arts advocate living and working in Sheboygan, Wisconsin. Organizing local and regional art exhibitions, community art events, facilitating presentations, supporting artists through professional development workshops, use of social media and networking has placed him in the forefront of advancing and promoting local artists and attracting regional and national artists to collaborate, network and exhibit in Wisconsin.
View all posts by Artdose Magazine →
This entry was posted in 3D, mixed media and tagged architecture, environment, epitecture, gallery, Performance. Bookmark the permalink.