Posted on April 14, 2014 by greymattergallery 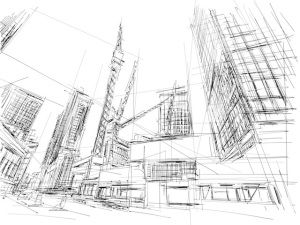 At the early stage of my career it is an opportunity to do something different, to push boundaries. I use my cross-disciplinary way of working to bridge the gap between traditional drawing and drawing on the iPad. I’m interested in conservation and preservation of historical British landmarks and buildings.

I have been exploring the affect the changing nature of the built environment has on our collective imagination. The process of creation is kinetic and mobile, yet macroeconomics and national politics feel increasingly more remote. Consequently, creative collaboration is essential to the art of valuing what’s on our doorstep. 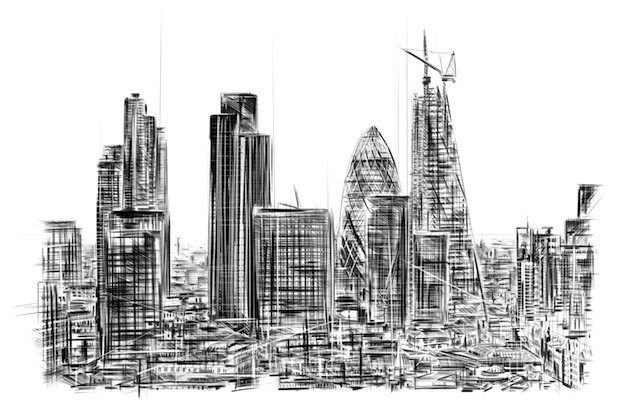 I make use of the iPad as a tool to explore the comparisons between traditional drawing on paper and digital drawing applications. Touch screens are revolutionising the process of creation and represent a new perspective in drawing. Direct touch input has made a significant difference to my pieces.

The act of looking during everyday passage through a city is an art form. Architecture presents a romantic vision for a humanistic city that is ever changing due to technical enhancement; it’s just a matter of how we keep up with these changes.

Jordan Rodgers is a BA (Hons) Fine Art, First-Class graduate from Lancaster University, who presents cross-disciplinary drawing involving architectural visualisation. His style is reminiscent of cubist, futurist where the extended lines of the buildings appear to have angles, which have more potential than the visible; the invisible of the building. Since graduating in July 2012 his work has already been exhibited in selected group and solo shows and published in national and international art magazines and websites, including the Aesthetica Art Prize 2012, and the 100 Contemporary Artists 2013 Anthology and more recently the Jerwood Drawing Prize 2013.